It’s no secret that racism and bias ran rampant in the film industry in the 19th and 20th centuries. Film producers and casting agents seldom chose Black actors for roles that were not rooted in some damaging stereotype. Stars such as Diahann Carroll, Dorothy Dandridge, and Lena Horne are just a few of the many bombshells who, against all odds, successfully forged a path for other women of color who would come after them. They were also pioneers who fought to close the income gap between Black and White actors, and demanded more respectable roles for Black actors in major motion pictures.

Today’s starlets stand on the shoulders of legendary icons like Nichelle Nichols, who inspired little girls and women alike when she was featured on Star Trek: The Original Series. Her portrayal of Lieutenant Nyota Uhura was particularly groundbreaking because it was one of the first times a Black actress was featured on a major television series. Her presence on the screen allowed many others to dream and aspire to Hollywood stardom. That’s the power of representation.

Despite the blond hair, blue-eyed standard of beauty that dominated mainstream culture, these Black women strutted through in all of their glory, indulged in some good trouble, and created space for other Black women to follow in their footsteps. Thanks to their efforts and unabashed pursuit of success, we now have icons like Viola Davis, Halle Berry, Kerry Washington, and many more actresses who are coming up after them.

It’s why we have to give these legendary Black beauties their flowers. We will love and celebrate for many years to come. 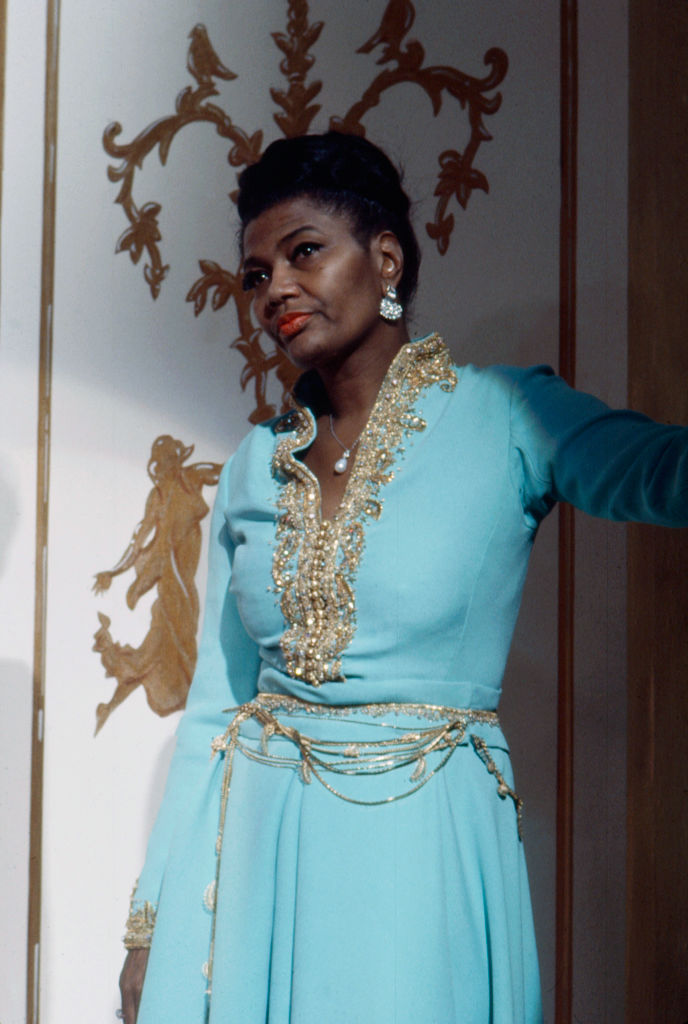 The gorgeous and dynamic Bailey took Broadway by storm after making her debut in St. Louis Woman in 1946. She was a tall and buxom beauty with a rich, sultry voice that could easily lull you to sleep. In 1968 she won a Tony Award for the title role in the all-Black production of Hello, Dolly! 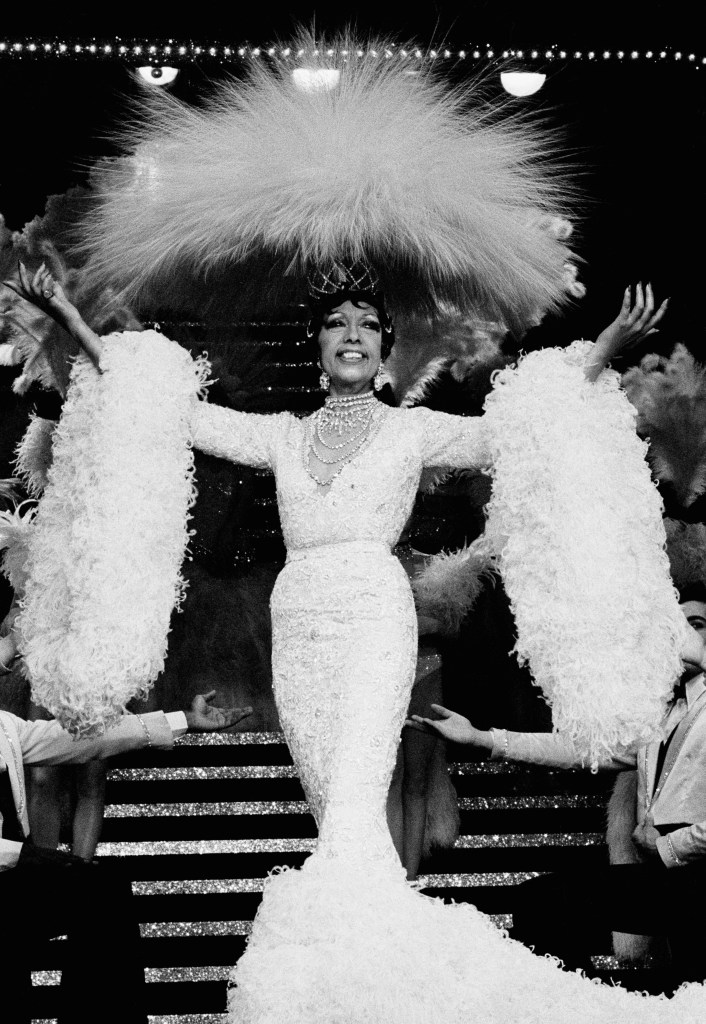 Born Freda Josephine McDonald, the iconic dancer and performer first began to make a name for herself in vaudeville theater, and then became an instrumental figure in the Harlem Renaissance. Baker famously refused to perform for segregated audiences in the United States which eventually led to the integration of many performance venues around the country (most notably in Las Vegas). Aside from her undeniable talent and effervescent personality, Baker was also considered to be a stunning beauty. Ernest Hemingway reportedly called her “the most sensational woman anyone ever saw.” Her famous act in the 1920s, “Danse Sauvage,” in which she danced topless in a banana skirt, became a cultural reference point for decades to come. 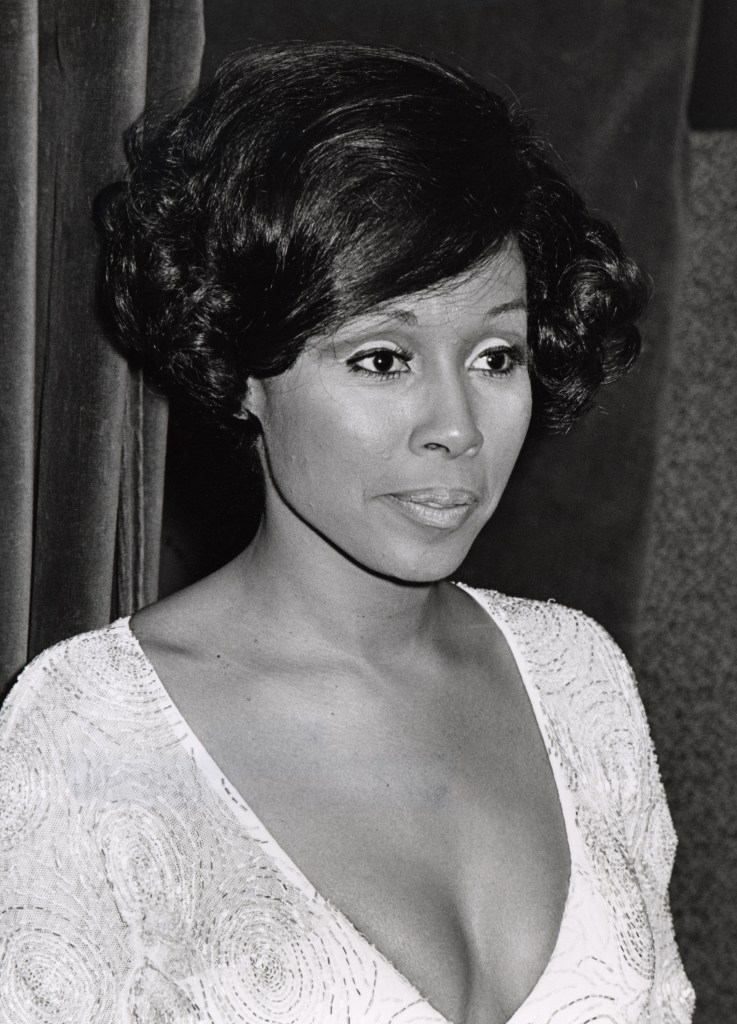 The Bronx-born actress was beauty personified. In the 1950s she captivated audiences in Broadway shows like Carmen Jones and Porgy & Bess. Then in 1968 she was cast as the lead in the TV series Julia, making her the first Black actress to star in a television series — and not in a domestic role. Her talent was astounding, and so was her enviably high cheekbones. Carroll also wasn’t afraid to test the limits when it came to makeup, donning winged eyeliner and bold eye shadows that only complemented her natural features. 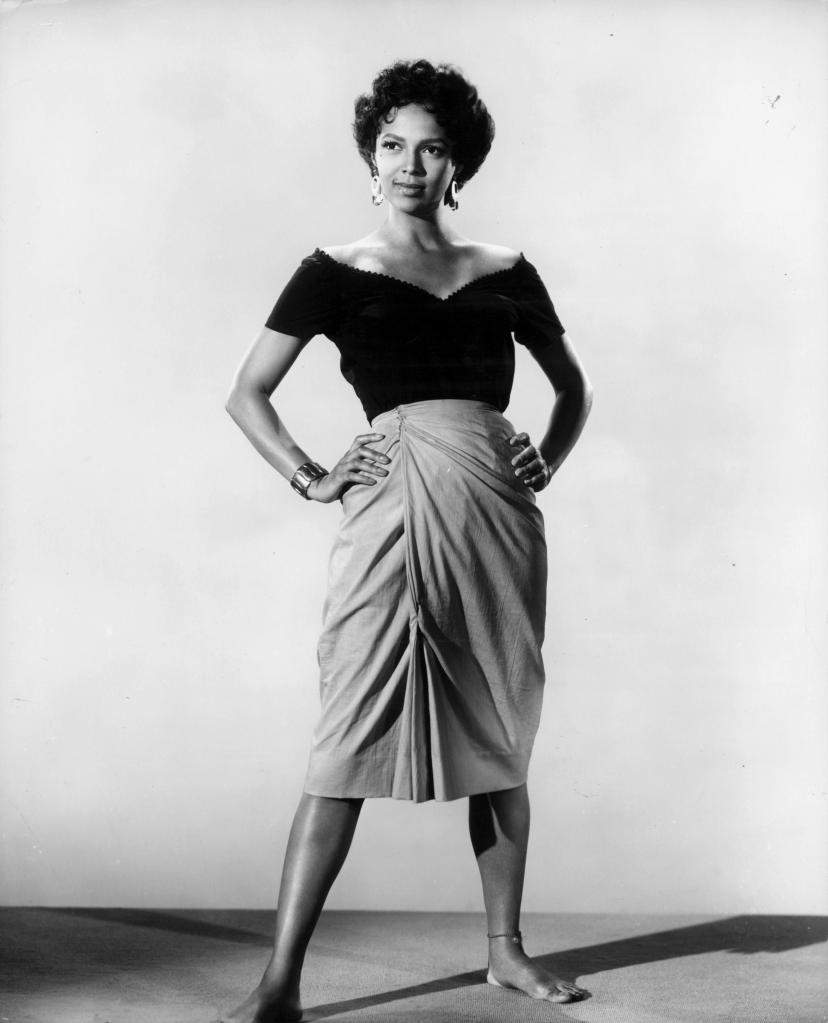 The stunning Dandridge began her career as one half of the Dandridge Sisters, costarring with sister Vivian. She continued performing on stage and in films from the 1940s through the ’60s. Dandridge most notably became the first woman of color to be nominated for the Academy Award for Best Actress for her performance in Carmen Jones in 1954. Her life and legacy were portrayed by Halle Berry in the made-for-cable biopic Introducing Dorothy Dandridge in 1999.

MUST READ: Lizzo’s Extra Long Braid And Gold Fronts Are The Mood All 2021 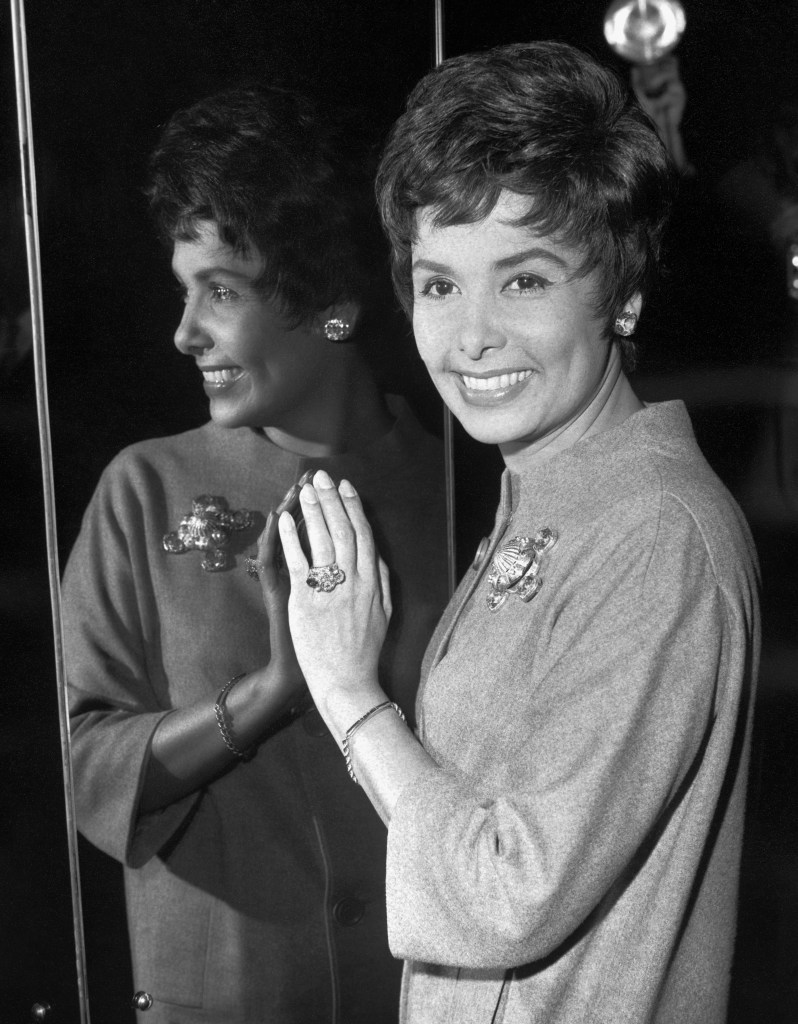 The sultry singer and actress broke barriers for Black women in entertainment, and is remembered as a beauty icon. Horne opened up about the criticism she received for being too Black for White people and yet too light for Black folks. She rose to prominence during WWII, becoming the object of Black servicemen’s affection. “The whole thing that made me a star was the war,” Ms. Horne said in 1990, according to The New York Times. “Of course the Black guys couldn’t put Betty Grable’s picture in their footlockers. But they could put mine.” After a successful run with MGM Studios from the 1940s to the ’50s, Horne became a staple on several TV variety shows. Today, she is revered for her effortless style and classy demeanor. 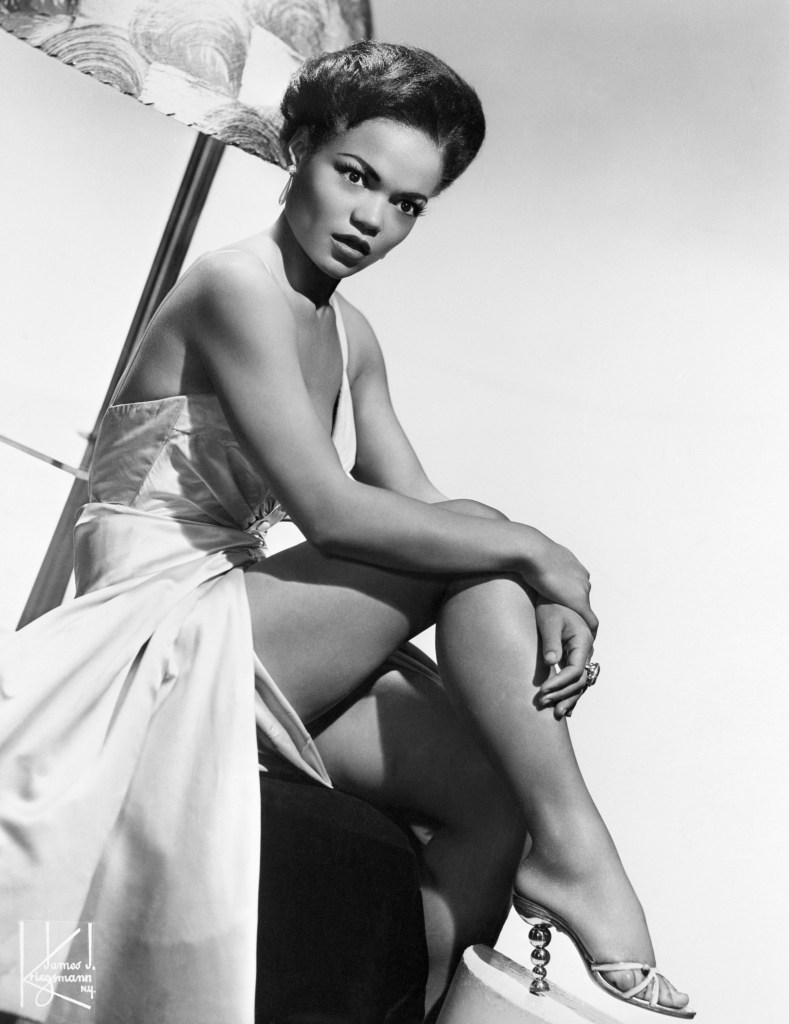 With her wide smile and cat-like eyes, the petite singer, actress, dancer, and activist was a face that was hard to forget. Even more difficult to forget was her bold and fiery personality. The dynamic Kitt spoke four languages (English, Dutch, French and German) in her distinctive voice, and was an outspoken proponent of civil rights. Her 1953 rendition of the holiday novelty song “Santa Baby” is considered by many to be a classic. 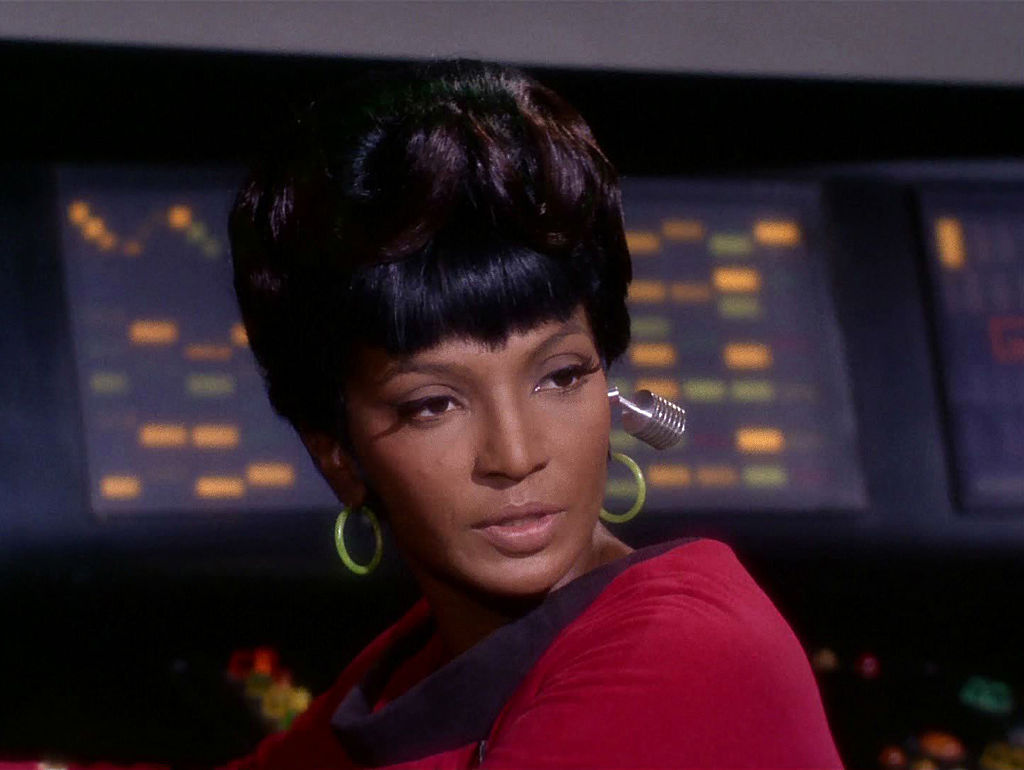 This Hollywood beauty is best known for her portrayal of Lieutenant Nyota Uhura in Star Trek: The Original Series, which was produced from September 1966 to December 1967, and its film sequels. The gorgeous actress made history as one of the first Black women featured in a major television series. Though she was tempted to leave the show in order to pursue a career on Broadway, she was reportedly persuaded by the late Dr. Martin Luther King, Jr., to stick it out so that Black women and children could remain inspired. 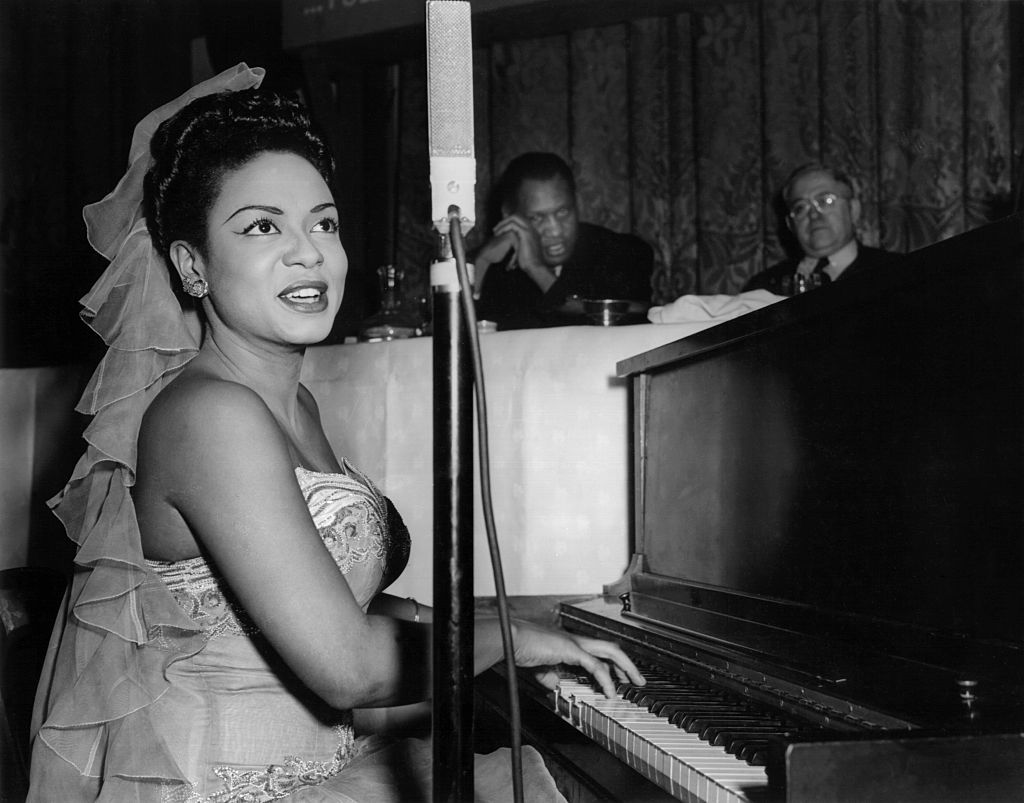 Nicknamed “Darling of Cafe Society,” Scott became the first Black American woman to host her own TV show when The Hazel Scott Show debuted in 1950. She was as fearless as she was beautiful. Like Josephine Baker, the jazz pianist and actor was one of the first Black performers who refused to play in front of segregated audiences. She was also a pioneer for Black actresses in Hollywood, demanding equal pay and proper credits in films. 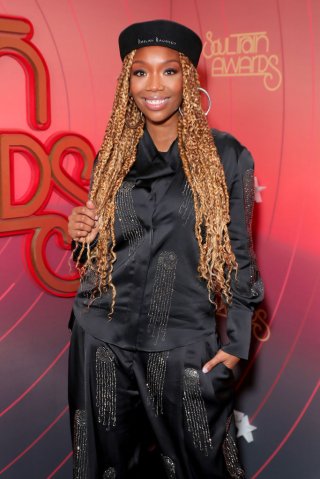 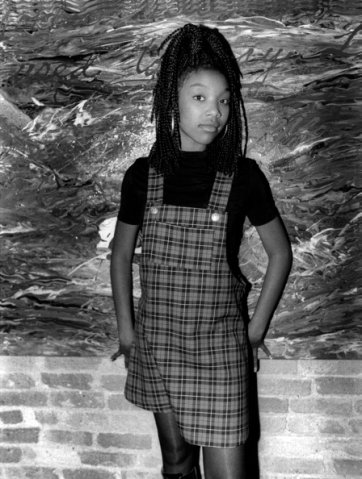 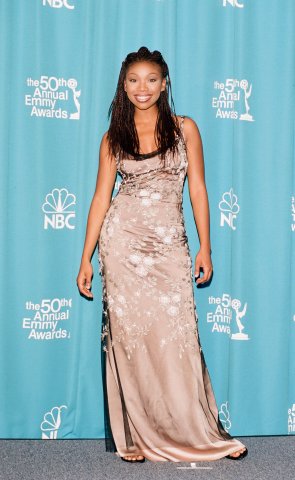 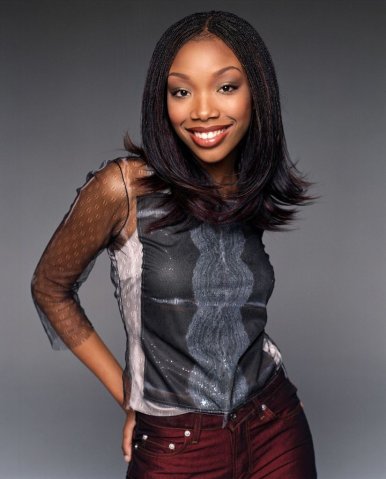 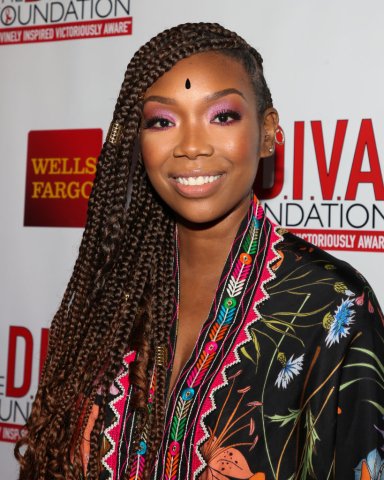 You can’t discuss urban culture without talking about Brandy Norwood. She was the girl next door we related to via her sitcom, Moesha. When she wasn’t exercising her acting chops, she was serenading us with classic R&B music.

Among Brandy’s long list of contributions, is her sense of style that has inspired an entire generation. I know I’m not the only person to show my mother a picture of Moesha’s shoulder-length box braids and ask for it to be my next hairstyle. Brandy’s hair has always been hair goals. She’s constructed just about every braided style you could think of and made them work on every single red carpet.

A lot of us have grown up with Brandy. From her TV show and movie roles to her amazing musical collection and fun sense of style, we’ve seen her develop into the woman she is today. In honor of her 42nd birthday (2/11), we’re taking a look at 5 times Brandy’s braids were hair goals.


8 Legendary Black Hollywood Beauties Who Broke The Mold
was originally published on
hellobeautiful.com