Black Music Month is not over just yet! People have traveled near and far to see their favorite celebrity entertainers’ names embedded in terrazzo and brass stars on the sidewalks along 15 historic blocks in Hollywood, California. On June 17, the city of Atlanta welcomed its latest attraction honoring influential Black entertainers with the Black Music and Entertainment Walk of Fame.

The Black Music and Entertainment’s Walk of Fame differs from the renowned Hollywood Walk of Fame as its emblems will be circular and referred to as “Crown Jewels.” The emblem will address inductees as “king” and “queen.” 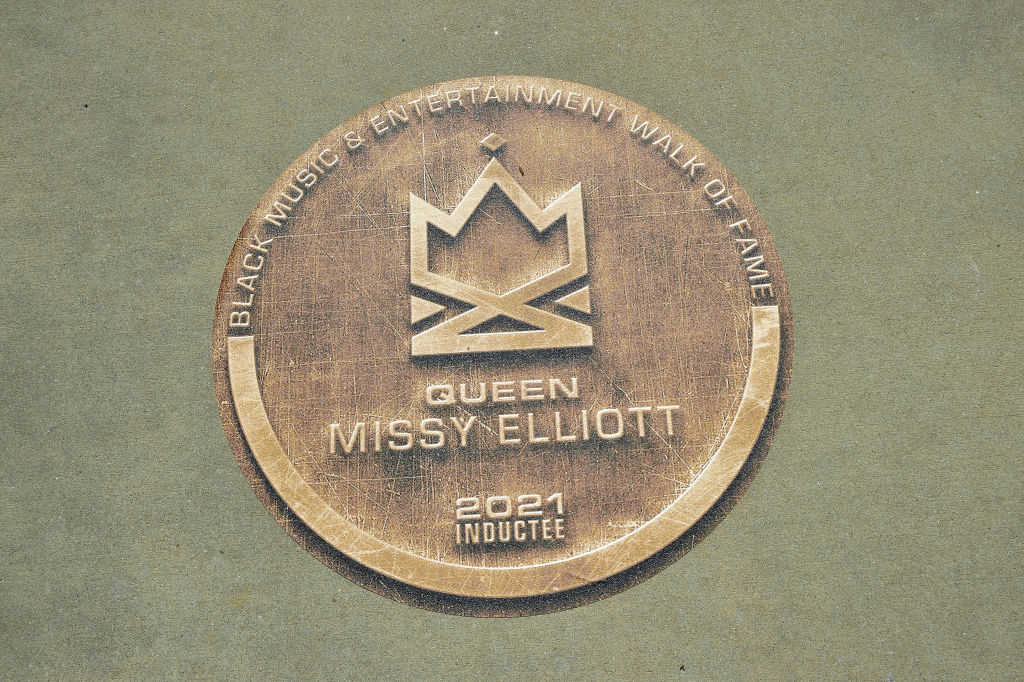 The idea was birthed by Georgia State Representative Erica Thomas and BMI’s Catherine Brewton, both of whom founded the Georgia Entertainment Caucus in 2019, in collaboration with Black American Music Association founders Michael T. Mauldin and Demmette Guidry. According to Atlanta Magazine, Mayor Bottoms noted that the walk of fame came together seamlessly just months after it was first pitched during her speech at the unveiling.

“In the same way that Atlanta has influenced the civil rights movement, and we continue to set the bar so very high, we know that we continue to influence music,” Mayor Bottoms said. “I am so appreciative to the Black American Music Association and the Georgia Entertainment Caucus for coming up with this incredible idea.”

Shortly after Mayor Bottoms speech, councilmen Dickens and Brown read a proclamation declaring June 17, 2021 the official Black Music and Entertainment Walk of Fame Day. The emblems are said to be embedded into a sidewalk on Martin Luther King Jr. Drive near the intersection of Northside Drive over the next few weeks.

Popular Black stars and politicians hope the new attraction in Atlanta highlighting influential Black entertainers will generate the same buzz as the Hollywood Walk of Fame has for decades.

“People always say that this is Black Hollywood, so why do we not have Hollywood squares to celebrate our Blackness? It’s so important that today we make history,” Georgia State Representative Erica Thomas said during the ceremony.


Atlanta Introduces The Black Music and Entertainment Walk of Fame
was originally published on
globalgrind.com