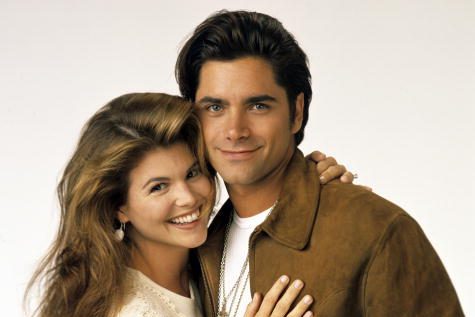 The Full House actress, Lori Loughlin, was released from prison Monday (Dec. 28) after serving nearly two months in prison for her role in the US-wide admissions scandal, where she paid $500,000 for her two daughters to attend the University of Southern California.

Loughlin was released from federal prison in Dublin, California after serving a short sentence for the college admissions bribery scheme that set the Internet ablaze earlier this year. Her husband, fashion designer Mossimo Giannulli, is currently serving a five-month sentence at a prison in Lompoc near Santa Barbara, California.

Loughlin and Giannulli were among the highest-profile defendants charged in the scheme. There isn’t much a mother won’t do for her children, and Loughlin went to great lengths to ensure her two daughters received the best education possible. This method of bribery is pretty common amongst celebrities who wish to enroll their privileged children into elite post secondary programs. This particular case put a spotlight over the issue and onlookers are not satisfied with the time served calling it a “pat on the wrist.”

So when white actresses commit crimes they get new shows, pilots, etc. Lori Loughlin …I assume, will get an Emmy for her time in prison. Hmmmm…oh to be white, blond, and privileged!
No thanks I would rather be bold, black, and dignified!#onlyinamerikkka pic.twitter.com/TW52HIWhVz

The couple admitted in May to paying $500,000 to get their two daughters into the University of Southern California as crew recruits even though neither girl was a rower. Their guilty plea came as a surprise turn of events for the couple as both of their attorneys had insisted for a year that the pair were innocent and even, accused investigators of fabricating evidence against them.

Loughlin, affectionately referred to as Aunt Becky on the Internet, made one public comment at their sentencing hearing August. According to the Associated Press, she told the judge her actions “helped exacerbate existing inequalities in society” and pledged to do everything in her power to use her experience as a “catalyst to do good.”

Their younger daughter, Olivia Jade, appeared on Red Table Talk where she made her first public remarks about the scandal this month saying she doesn’t want or deserve pity.

“We messed up. I just want a second chance to be like, ‘I recognize I messed up.’ And for so long I wasn’t able to talk about this because of the legalities behind it,” Olivia Jade said.

The Associated Press reports that of the nearly 60 parents, coaches and others charged in the case, about a dozen are currently battling the allegations. The sentences for parents who have pleaded so far range from a couple weeks to nine months.

The difference in this case of bribery and the many other pending cases within the United States justice system is that White actresses and celebrities like Lori Loughlin are given a slap on the wrist for crimes they have admitted to committing while many Black people are facing charges for crimes they never committed. It is this sort of privilege and injustice that has warranted a response from several people on social media.

I think it’s laughable that Lori Loughlin is already out of jail.

If it had been one of us – our ass would’ve still been sitting in a jail cell.

Lori Loughlin will always be trash. Her going to prison for those 25 minutes will now provide opportunities for a book deal, talk show appearances and a Lifetime movie role. Remember this tweet.

in light of lori loughlin getting out of prison after TWO months, after paying $500,000 in bribes to get her daughter in a good college, quick reminder that tanya mcdowell served 5 years in prison for falsifying an address so her son could go to a better school pic.twitter.com/K44hbSRrBK

It is without a doubt that a mother would do anything for her child, so no one is upset at Aunt Becky for making a questionable decision and involving herself in this bribery scheme. The problem is when people are reprimanded differently based upon status or the color of their skin. Do better America.