Allow us to introduce…

Coming 2 America’s breakout beauty Nomzamo Mbatha came to the United States from South Africa and got shit cracking, literally. That should come as no surprise when there’s so much talent and beauty packed into her 5’2? frame. Since her arrival to the states, she has stunted on us with gorgeous, sable skin, an impeccable fashion sense, and bold hairstyles that are Black AF. Sis is a whole ass mood and she knows it. Yet, her self-awareness does not come off as pompous or arrogant but rather proud and confident. If there is a phrase Mbatha might embody it’s that she is “the truth.” 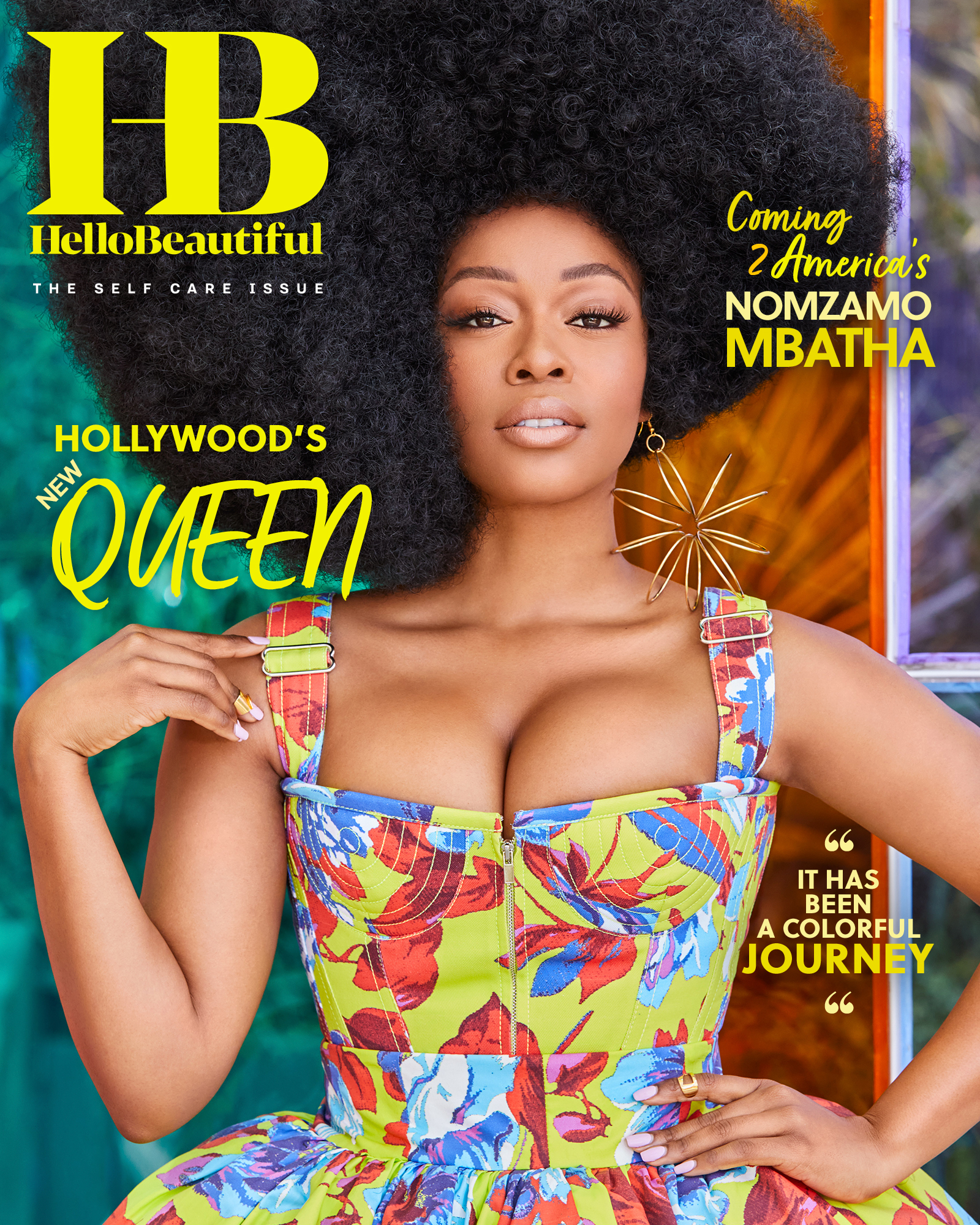 The talented Nomzamo was destined to be a supernova long before her transcontinental journey–and long before she even saw success for herself. Little did she know, people around her saw it and spoke it into existence. Her teachers and peers recognized her star appeal when she was a student at Bechet High School.

Hailing from a humble home and having ambitions of working with the United Nations, Mbatha turned her focus to a more traditional career, one that was more grounded, one of security. She enrolled at the University of Cape Town and majored in accounting.

The Math Wasn’t Adding Up

It wasn’t until her senior year at the University of Cape Town that Mbatha even considered acting a viable profession and herself a woman who could be successful at it. She had a love for performing, and it did not hurt that she has a look that is Black and hella magical. Still, it was not lost on her that as fly and fabulous as she is, her melanated skin isn’t the traditional archetype in the entertainment industry. Mbatha, who grew up just outside of Durban, understood colorism all too well. Like many Brown girls, she witnessed the lack of diversity and representation in mainstream media. 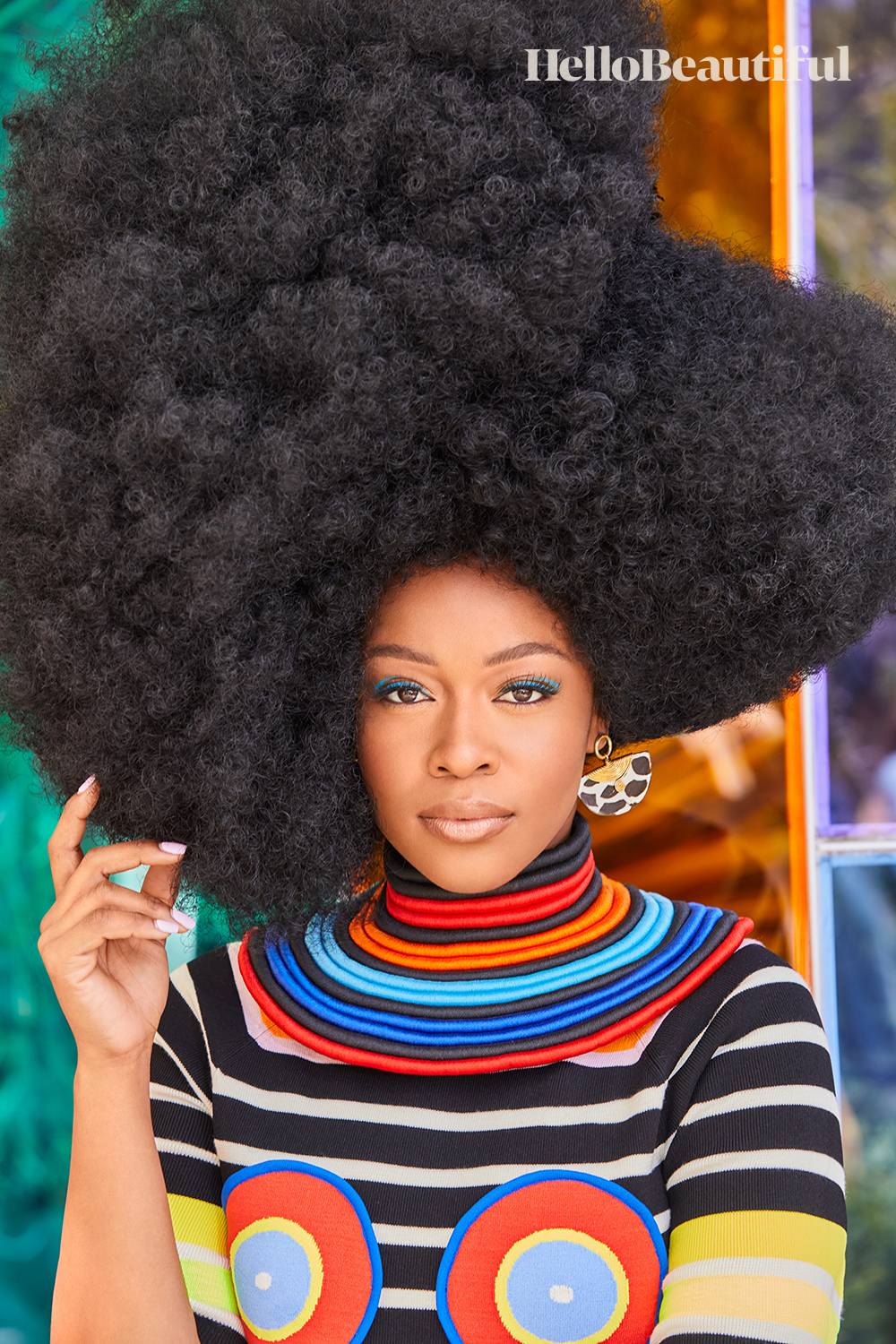 “I know growing up, if you were in the community and you were darker-skinned, you were not as beautiful, but if you were light skin, somehow you were the prettiest girl–and somewhere in the middle, you are like who is going to think I’m beautiful?” Mbatha said.

Mbatha has seen the prejudice of many marginalized groups. She witnessed the colorism, racism, ageism, sexism, ableism, and body shaming that also exists beyond the entertainment industry, and credits Gen Z for challenging the status quo and disrupting the foolishness around identity politics and marginalization.

“They are doing well for every generation that already exists and doing extremely well for the generation that will follow,” Mbatha said. “It’s great to be living in their time because they are now breaking those barriers and breaking the pre-existing, weird-ass shit.”

In that same vein of fearlessness, Mbatha stepped out of comfort and convention and went for hers–and got it. In 2012, she entered a contest to become a host for a television program, and though she did not land the role, the experience became a moment of truth for Mbatha, one that changed the entire trajectory of her life. Getting passed over lead the beauty to being cast and making her acting debut as Thandeka on the wildly popular South African TV drama Isibaya.

“A casting director was watching a random episode and they thought I’d be great for the role,” Mbatha shared. “Lo and behold, I go in for it.”

One gig led to another and another, and the next few gigs made her an emerging and recognizable star who was honored as one OkayAfrica’s 100 Women 2018. Mbatha went on to act in the show Tell Me Sweet Something and Holiday Swap. Ultimately, she was invited to host 2020’s BET Awards Show.

It may seem that her journey was linear, but it was also stop and go. There were times when Mbatha felt uncertainty. She even considered not auditioning for Coming 2 America.

“I was so frustrated after the move, and having to travel back and forth and do all these auditions, but not landing roles,” she admitted to HelloBeautiful. “I remember I was in Abu Dhabi with the UN. I got the call to come back to LA and audition for Coming to America and just struggled with the decision. Should I change my plan?”

Ultimately, Mbatha took the leap of faith and we’re glad she did. She bagged the role that somewhat mirrored her life and here we are.

In 2015, Nomzamo became the first South African to represent Neutrogena–and rightfully so. The young South African is stunning. When asked how her beauty, melanin and overall style is tied to artistry, the brown bombshell explained that each is a representation of her authentic self and indeed an extension of her creativity. “Although I have a hairstylist, makeup artist and wardrobe stylist, I’m very much a part of the process from start to finish,” Mbatha said. “I probably stress my stylist out the most.” 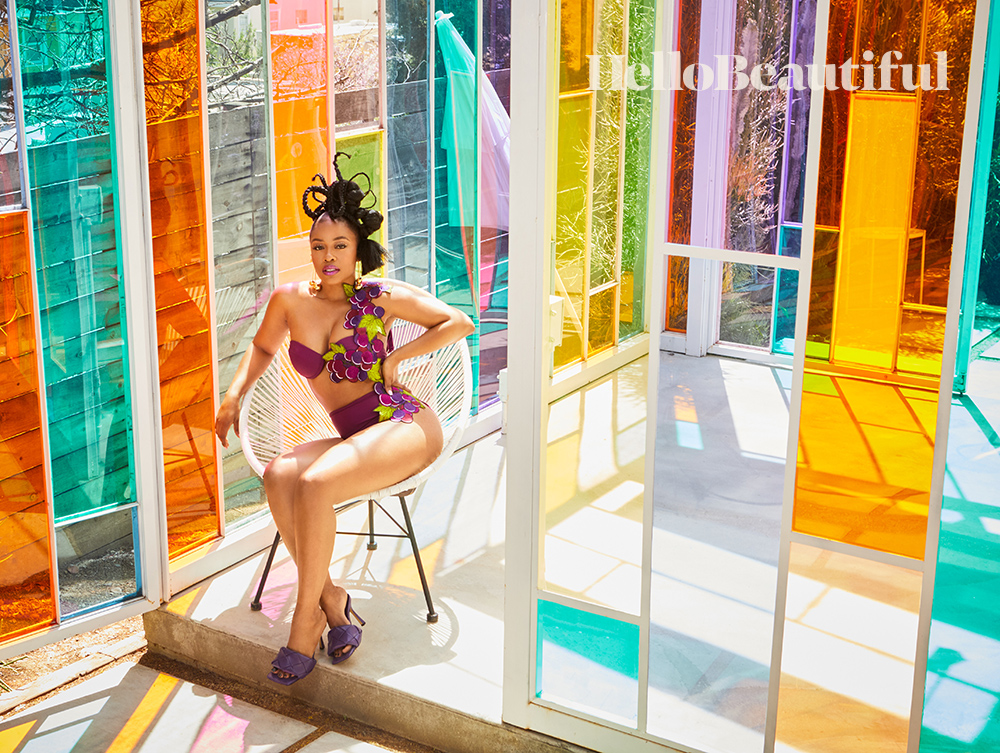 Beauty Care Is Self Care And Self Care Is Beautiful

While Mbatha’s humanitarian and philanthropic work is an integral part of her life, she also understands the importance of taking care of herself, too. As her flawless hair and skin will attest, the Coming 2 America leading lady is a self-proclaimed “product whore” pretty much trying any and everything she gets her hands on. However, Neutrogena is her go-to product, the ones she travels with and can absolutely not be without for her daily and nightly skincare routines.

“Removing makeup is a must, even though I can forget at times,” she said. “Exfoliating regularly and, of course, hydrating are important.” Mbatha continued, “I don’t dry off after showering. I air dry to lock in moisture.” The actress is also committed to smelling as good as she looks and feels. “Le Labo Santal 33 is my go-to,” Mbatha shares.

Most importantly, maintaining the positive energy that surrounds her is an integral part of Mbatha’s self care routine. As steadfast as she is about skin care, she does not play when it comes to her self care as a thriving Black woman. We got all up in her business, particularly since the allegory of her role speaks specifically to a Black woman’s self care. Without giving spoilers, Coming 2 America looks at the oppression of Black women in the fictional–and patriarchal–land of Zamunda.

The actress puts her phone in airplane mode. She avoids social media and its potential to be triggering. She shuts out the world and centers herself for at least a couple hours per day. Mbatha grants herself “silence, solitude…and introspection.” She recommends others write in their journals, watch random television, take walks and listen to music, as she does.

The breakout actress also incorporates physical exercise in her self care routine by doing hot pilates. “It’s great to have those little challenges that don’t involve the rest of the world.” 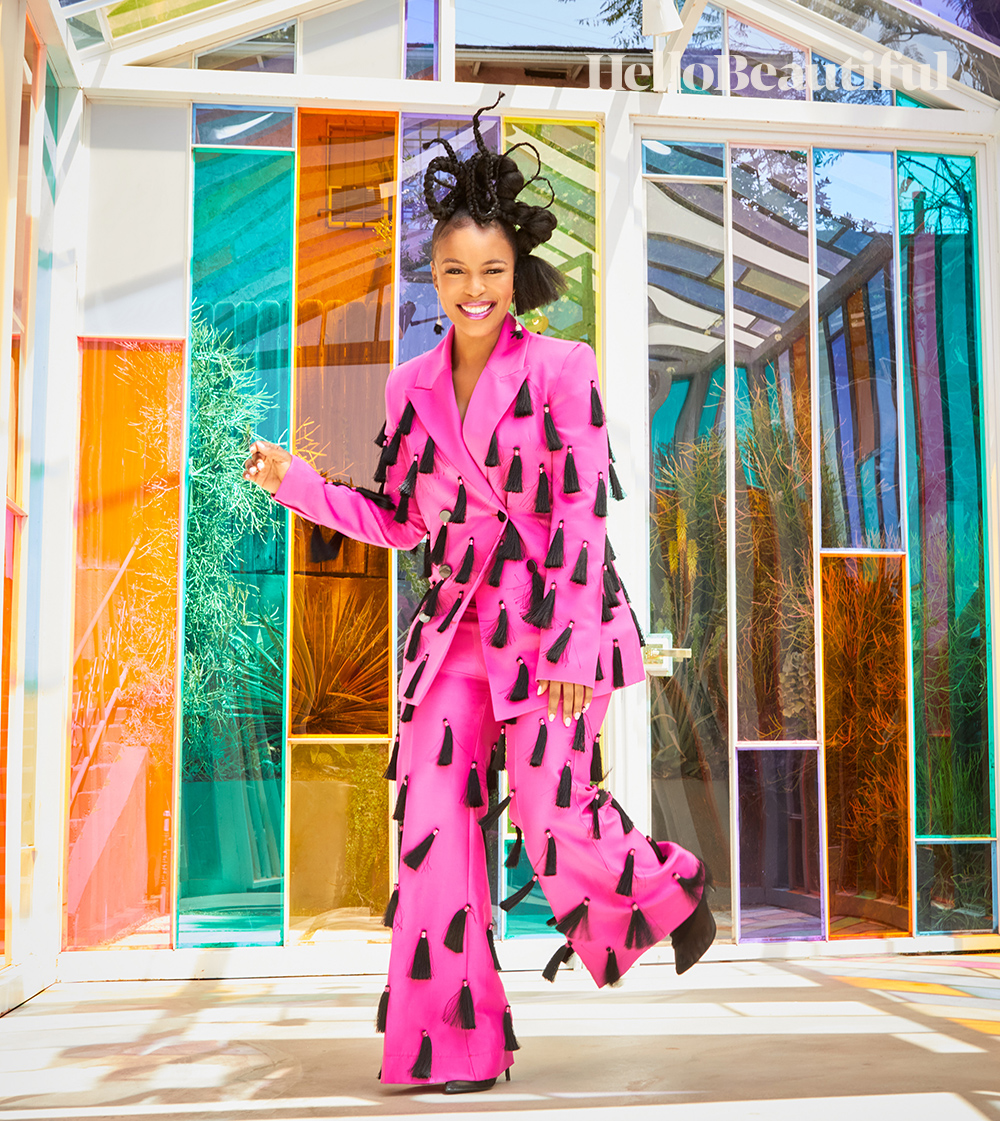 Blazing Her Own Path

Mbatha has more opportunity and excellence on the horizon, and she’s ecstatic about her promising future.

“I am really excited about [a forthcoming] project that will be announced in the coming weeks,” she said. “We have some exciting people, some really, really fantastic people that are going to be in the cast,” the beauty mentioned before shouting out Black women who have inspired her. “All the Black women that just continue to break those glass ceilings, that continue to collaborate across and collaborate up and down as well, are my inspiration.”

While Mbatha believes Winnie Mandela was probably one of the most prolific women to ever grace this Earth, she also has tremendous respect and love for the everyday working actor.

“That is my inspiration,” she says with conviction. “Just the everyday working actor who has been in this business for ions and decades and continues to put in double the effort. There are so many. Someone nameless and put under this umbrella of facelessness – but they are there. Those are my people.”

Nomzamo Mbatha’s Black beauty cannot be denied, neither can the grit and grind that has gotten her where she deserves to be. We look forward to watching this melanated mama grow.

Mother’s Day Gift Guide: 10 Gifts To Honor The Maternal Figure In Your Life