After a string of chart-topping albums, hit singles and huge guest appearances on some of the biggest songs over the past ten years, it should come as no surprise that Drake was named Artist of the Decade at the 2021 Billboard Music Awards.

The 34-year-old rapper was on hand for the show, which took place Sunday night (May 23) at the Microsoft Theater in Los Angeles. Alongside Drake was his son, Adonis Graham.

Adonis seemed to suffer a little stage fright as he stood next to his famous father. The cameras, crowd and stage eventually became too much, and the toddler broke out in tears.

“I want to dedicate this award to you.” Drake told the crying 3-year-old.

“I didn’t really write a grandiose speech about how to make it work or what it took,” said Drake during his acceptance speech.

“To be honest with you, I don’t quite understand it myself but I just know that I’ve spent an incalculable amount of hours trying to analyze all the things I did wrong.”

Mariah Carey won Artist of the Decade in the 1990s and Eminem took the title in the 2000s.

Following the award show Drake headed to SoFi Stadium, home of the L.A. Rams and Chargers, and celebrated his much-deserved win. 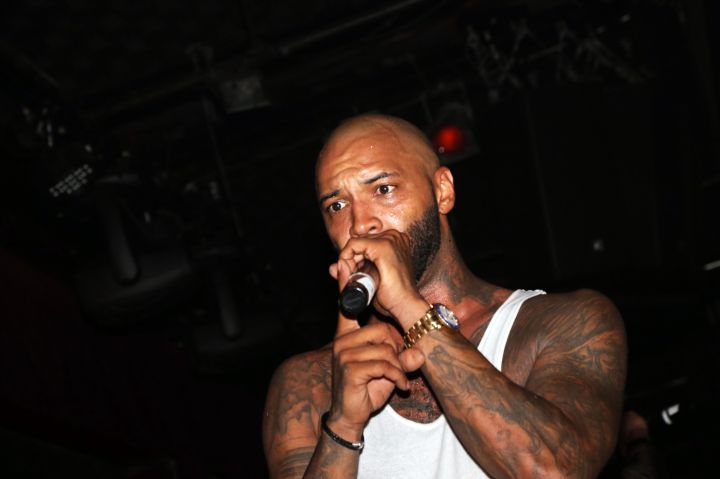 1. Tupac Goes Off On The Hughes Brothers

3. Sway Has To Check An Emotional Kanye

5. Beanie Sigel Makes A Call To Gillie The Kid

6. Joe Budden Gets Tired Of The Migos

7. Birdman Tells The Breakfast Club to Put Some Respect His Name

Wednesday morning (May 12), Joe Budden went on a fiery rant about the future of the “Joe Budden Podcast” and his frustrations with co-hosts Rory and Mal. In addition to calling the pair “lazy,” he told an absent Rory that he was in breach of contract and not welcome to return.

Mal and Rory’s absence from today’s show may have been a good thing: During recent episodes, Rory has repeatedly said he’s down to have a fistfight with Joe. While Joe may have brushed it off as jokes, fans who had seen the tension brewing for some time argued that Rory was really down to throw hands.
|| RELATED: Cam Coldheart, Rapper Infamous For Viral Fight With DaBaby, Dead At 33 ||
|| RELATED: Mayweather, Jake Paul Meetup Erupts In Chaos At Miami Press Event ||
Being personally insulted is never a fun experience, especially when its done on-air. Here are a few moments when broadcasts turned into beef.

Drake’s Son Bursts Into Tears As Dad Named ‘Artist Of The Decade’
was originally published on
zhiphopcleveland.com