Noted for good conduct, expanding his vocational training and mentoring other inmates, the Louisiana Board of Pardons and Committee has granted parole to McKinley Phipps Jr., the former No Limit rapper who performed under the name “Mac” during his days in the free world.

It’s been a long time coming for Phipps, who served two decades behind bars on a manslaughter charge for the killing of 19-year-old Barron Victor Jr. According to Nola.com, Victor was shot when a fight erupted outside of a club where Phipps was set to perform. The rapper was 22 years old at the time, and now, some twenty years later, he will get another opportunity at freedom.

Phipps has vehemently denied the allegations, both throughout the 2001 trial and during his long bid in prison. For his family, today represents a victory following years of waiting.

“Today marks the end of a long fight for justice,” Mac’s wife told WDSU6. “Today we are looking towards a brighter future for our family. We are grateful to all of those who have never wavered in their support of Mac’s innocence.”

In 2016, HuffPost shared a leaked confession tape, which seemed to prove Phipps was not the alleged shooter. On the tape, a security guard working at the venue where Victor Jr. was murdered admitting to pulling the trigger. Despite the revelation, which came to light nearly 15 years after Phipps was convicted, the guard still was not charged.

A year earlier, rapper Killer Mike spoke on the case, noting that rap lyrics have been used to convict Phipps despite a lack of hard evidence identifying him as the shooter.

“No physical evidence connecting Phipps to the crime … multiple eyewitnesses [identified] a different shooter.” Mike told Vox in 2015. “The prosecutor went after Phipps’ art, relying on a tactic that dates back to the Jim Crow South: he punished black speech.”

Phipps replied to the parole board by thanking them and offered condolences to the victim’s family.

“I want to say thank you for this opportunity,” he said. “I definitely want to say I’m sorry to the family of the victim and to just anyone who was affected by this.” 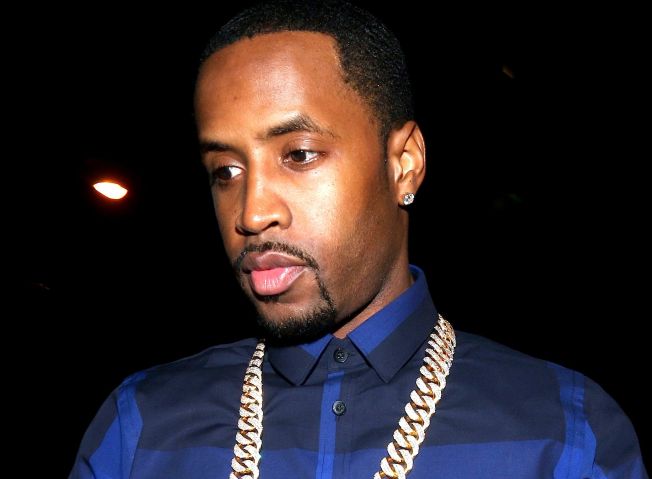 On Monday (June 21), Love & Hip Hop personality Safaree Samuels proudly announced to the world that he planned on lightening his skin – and he was immediately thrown to the wolves on social media.

Of course, he wouldn’t be the first famous face to lighten his skin. But Twitter is gonna do it’s thing, and it didn’t take long for the online dragging to commence.

All things considered, it’s been a pretty bumpy year for the 39-year-old television personality. On May 21, news broke that his wife and fellow Love & Hip Hop star Erica Mena had filed for divorce. The pair tied the knot in late 2019, and now, just shy of two years since their wedding, Mena wants out.

In early June, TMZ shared legal documents filed by Samuels seeking joint legal custody of their children. If approved, the move would allow him to have parenting decisions for their 1-year-old daughter, Safire, and their second baby due in a few weeks. In terms of visitation rights, he wants uninterrupted and consistent access to stay involved with his children.

Check out Twitter’s reaction to Safaree’s decision to bleach his skin in the gallery.


Former No Limit Rapper Paroled After 20 Years In Prison
was originally published on
zhiphopcleveland.com