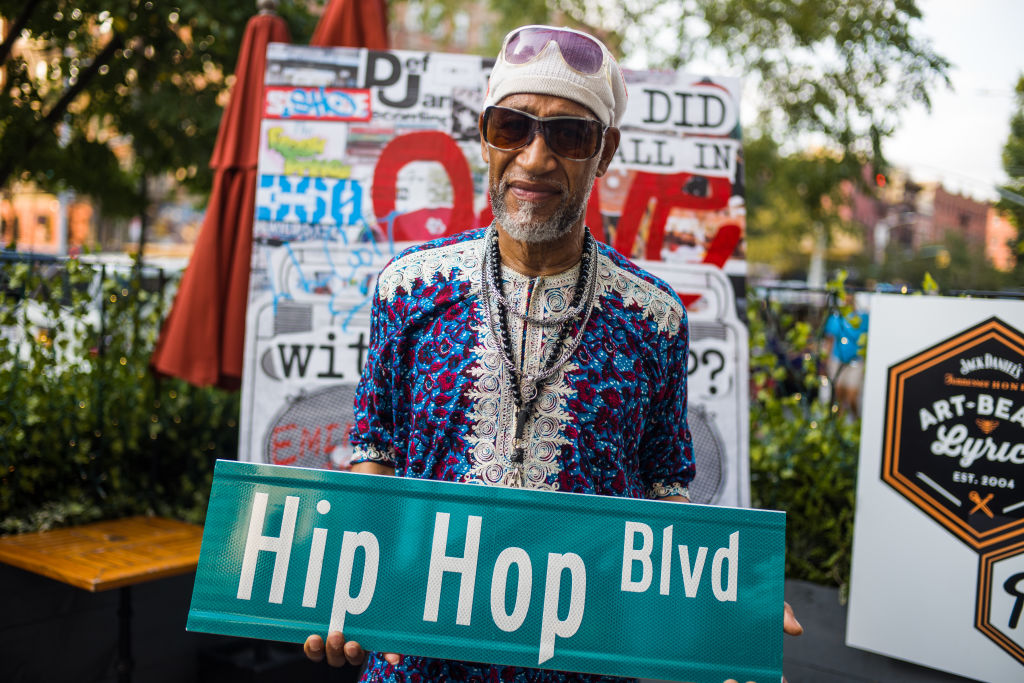 On this day in 1973, DJ Kool Herc threw a back-to-school party for his sister in the Bronx, New York. The DJ would help combine all the elements of hip-hop (MCing, breakdancing, graffiti and DJing) into one event, a cultural touchpoint which has since become a global phenomenon. In 2017, Google celebrated the birthday of hip-hop by having Fab 5 Freddy explain the history of the genre via Google Doodles.

Since then, the recognition of hip-hop’s birthday has grown. In July, the Senate passed a resolution naming August 11 as Hip Hop Celebration Day in the United States. Additionally, August was recognized as Hip Hop Celebration Month and November 2021 as Hip Hop History Month. The bill, along with Senate Bill 331, passed with unanimous favor along party lines.

So celebrate this special occasion by traveling through the history of hip-hop, from The Sugarhill Gang landing the first rap smash hit with “Rapper’s Delight,” to Kurtis Blow becoming hip-hop’s first solo star. From LL Cool J to Run-DMC, Eric B. & Rakim, Public Enemy on the East Coast, to Dr. Dre, Snoop Dogg, Ice-T, Ice Cube, N.W.A. and more on the West. The South had something to say with OutKast, Geto Boys, UGK, Scarface, Lil Wayne, T.I., and others and the Midwest put down their flag with Nelly, Bone Thugs N Harmony, Kanye West, Common and countless others who’ve made this genre we love the biggest in the world.