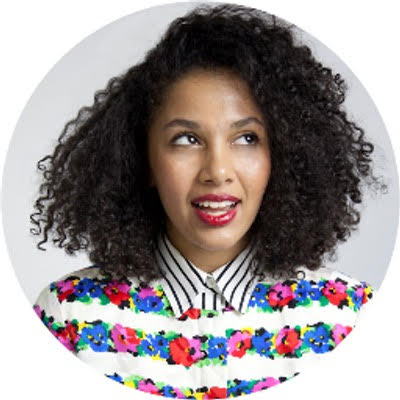 If you’ve ever tagged the Black business behind your fresh faux locs or your cute spinnanight bag in your IG stories with the “Buy Black” button, you can thank Rachel Brooks – a Black woman.

The Product Lead at Instagram, served on the team who created it, and a new tool the company is launching to help users discover, connect to, and support Black businesses this month. Brooks told HelloBeautiful that these products stemmed from observation of “a natural phenomenon that was happening with users on Instagram.”

The success of the “Buy Black” button inspired the team “to create a more permanent fixture in the app to allow people to say, Hey, yes, I’m a Black-owned business. This is who I am.”

Their new product will allow businesses to designate their profiles as Black-owned using the toggle option marked “Show Black-owned business label”, so that they can be differentiated in the marketplace and be highlighted on the app’s “Shop” tab.

The social media platform began the transition from ad center to marketplace last summer by allowing customers to shop without leaving the app, increasing the chances of successful engagement conversion. Instagram announced that it would be working on “helping every Instagram employee prioritize building equitable products and tools,” in a recent equity update the company released on April 26, 2021. Brooks is “personally extremely invested,” in this product launch.

“I’ve been working in tech for a while now and I found that, you know, earlier in my career, it was tempting to try to conform and to fit into what I thought people were looking for,” Brooks admitted. “I feel like I’m a better person, a better colleague, a better leader when I can show up just as I am. And I know how everyday I’m trying to be a better version of myself.”

She expressed empathy for business owners virtually flagging down consumers to keep their dreams afloat at a stressful time.

“It’s been a really tough era and some change for a lot of people for everyone around the world. And I think entrepreneurs especially, they put their livelihood and their passions on the line to create something, put it out there in the world. And I think, you know, it’s so important to make sure that people have what they need in order to really make it through a particularly tough time,” she said. “That’s what I’m really personally enthusiastic about allowing people to put on front and center on Instagram. This is who I am. And if this is something that you’re interested in, come on around,” she continued.

The impact of social media on small businesses is undeniable. New braiding hair company Rebundle reported seeing an 800% growth in their Instagram in January of this year. They claim the increase led to a quick selling out of their pre-order inventory where 14% of their sales came directly from their Instagram presence. “

I think it’s a natural extension for people to launch and create brand new relationships with their consumers and you see that with how people are doing live with the comments and the stories and DMs,” said Brooks. “There’s a whole suite of tools that we see people really kind of growing their businesses with.

Brooks routinely shops small in her own time. “I love in LA and I really love Union Los Angeles, there’s a husband and wife duo that runs it,” she said. “They’re a total vibe.”

The feature is now live. Get more information on Instagram’s equity plan here.


Rachel Brooks Is One Of The Black Women Behind Instagram’s New Tool That Supports Black Businesses
was originally published on
hellobeautiful.com