The Washington Wizards have clinched a spot in the NBA’s new play-in tournament after their win against the Cleveland Cavaliers. This also falls on the night Russell Westbrook was celebrated in front of the DC fans at Capital One Arena for becoming the all-time triple-double leader in NBA history. An accomplishment achieved during their away game in Atlanta against the Hawks. 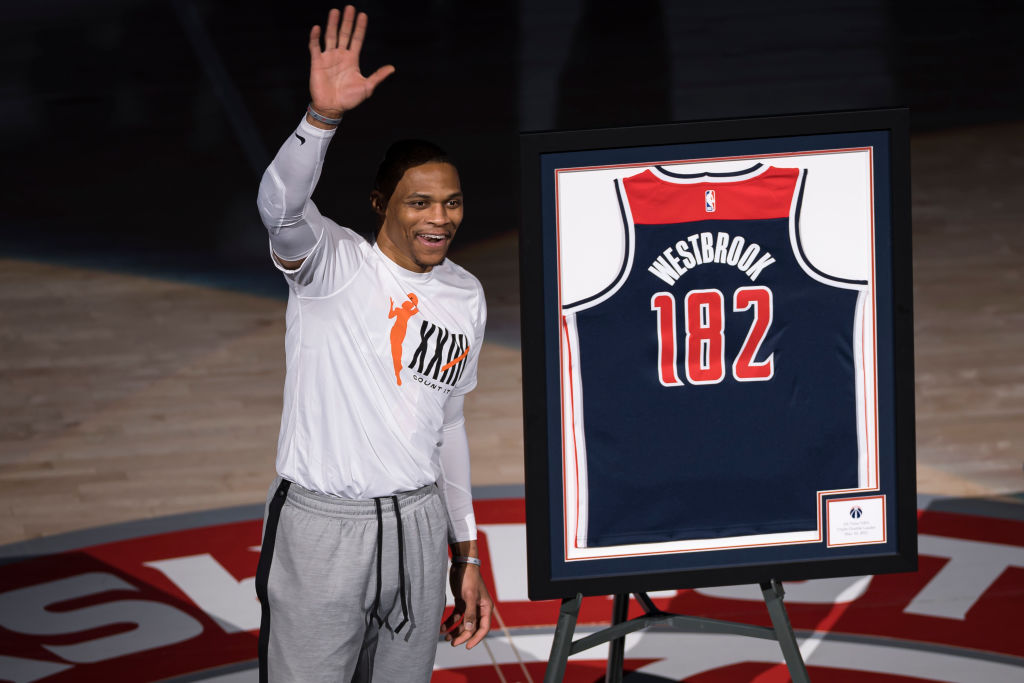 On top of that, this was also the day J. Cole dropped his highly anticipated album, The Off-Season, and referenced one of Westbrook’s signature moves in the lyrics on track 2 “a m a r i”. In the verse, Cole shouted out Westbrook’s rock the baby celebration.

How could you ever try to play me?

Kill ’em on a song, walk up out the booth,

Westbrook was asked what he thought of J. Cole’s album and this lyric, “I haven’t fully listened to [the album] thoroughly but J. Cole, I’m a huge fan of his music and a huge fan of him as a person more than anything. He’s one of the greats.” Russ continued, “To be able to be mentioned on songs and be thought of, is you know something as a kid you always think about and hoping that you get named in a song so to be able to have that, especially on this album is pretty cool”. I followed up by asking how he thinks J. Cole will do playing for Rwanda in the Basketball Africa League. Watch his response in the tweet below.

RELATED: J. Cole Talks About His Fistfight With Puff Daddy On New Album

RELATED: J. Cole Reveals He Would Be “Super Comfortable” Stepping Away From The Rap Game