Out of all the songs in Beyonce‘s extensive catalog, one of the older hits from her solo years that she’s sure to perform is “Baby Boy.” And despite the fact that she’s sung the tune on every tour she’s done, she’s only performed it with the artist featured with her on it, Sean Paul, once.

Beyonce never got close to the popular dancehall singer in the music video for the song, which is not uncommon. However, it’s always been interesting to see her perform the song in so many different ways, in so many different venues, and not do so with him. It’s likely that we all came to the same conclusion that it had something to do with the singer’s then-boyfriend, now-husband, Jay-Z. But for the first time, Sean actually confirmed in a recent interview that while Jay, who actually has a co-writer credit on the song, was fine with them collaborating, he didn’t want them to get close.

During an interview on the Too Live Crew, Action & the Burgerman radio show in Jamaica recently, Burgerman asked Sean how he felt about everything after the radio host made clear that he didn’t like the way that collaboration played out. Sean’s commentary, courtesy of DanceHallMag.com, is in patois, but the gist is this: He admitted he wasn’t happy about it either, and that there was some possessiveness involved that kept him distanced from Beyonce. Nevertheless, he tried to stay respectful.

Burgerman then told the dancehall star that he didn’t think Jay-Z wanted him around Beyonce, which Sean didn’t refute.

“Yes, to me that was something that was apparent at the time,” he replied. “Wi know that artistry is artistry suh a nuh everytime dem ting deh gwan.”

During a live performance on MTV they did together at the 2003 MTV Europe Music Awards, she did indeed get close to Sean, dancing with him (even hitting a body roll on him). That would be the one and only time that happened. At the time, Sean was a top artist, as his album Dutty Rock was released a year prior to their collaboration with hits including “Get Busy” “Gimme the Light,” “Like Glue” and “I’m Still in Love With You.” Perhaps his appeal, and that performance, left Jay feeling a little perm pressed out here. But Sean spoke out in 2012 to say that despite whatever people heard about the situation, he was simply grateful for the opportunity to be on the #1 song.

This isn’t, however, the first time Jay-Z has had a hand in keeping Beyonce’s male collaborators at an arm’s length. Rapper Bun B, a fellow Houston native who appeared on her hit “Check on It” (and also on Jay-Z’s “Big Pimpin'”) revealed that he and Slim Thug couldn’t watch her film their accompanying video for the song because of him. There were no hard feelings about it, though.

“We’re on the set of the video and obviously, there’s a lot of single men in the room,” he said. “Jay-Z calls her assistant…He’s like, ‘Yeah how’s the video going, what’s going good, are the guys there?’ All the guys that are with us are the only men there. Well, let me say this. There were other men there but they weren’t straight.”

“So he’s like, ‘Wait a minute, how many dudes are there?’ So she’s like ‘Well there are about 9 or 10 guys that are there.’ And he’s like, ‘Where are they now?’ She says, ‘Well, they’re on the sound stage you know, they’re kind of watching her film.’ ‘What is she wearing?’ She describes the outfits and he’s like, ‘Yo, clear the room,” he added. “So they immediately come over to us and they kick all of us out to our dressing rooms and we’re told to stay there until we have to shoot. We’re not allowed to watch Beyonce dance anymore.”

The singer would go on to apologize according to Bun B, but said that Jay-Z simply wasn’t comfortable.

Whether you believe Jay was insecure in these instances or he simply didn’t play about his lady, there certainly weren’t any objections to his demands.
This article was originally posted on MadameNoire.com 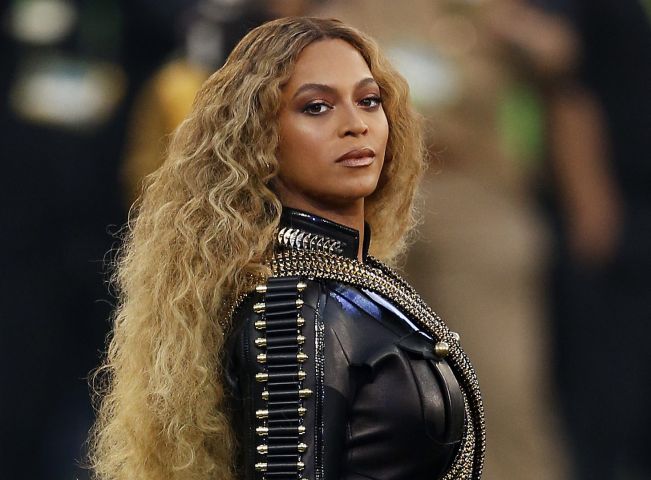 Beyonce Announces New IVY PARK Apparel And Sneaker [PHOTOS]
Beyonce is preparing to launch a new line of IVY PARK apparel in addition to a brand new sneaker on January 18 according to the new photos she just uploaded to her Instagram page.

Beyonce is also front-and-center on the January 2020 cover of ELLE Canada. In an interview where the questions were submitted by fans on social media and email, Bey explains her vision behind the new launch.

ELLE Canada asked, “What are you giving us with your partnership with adidas?, in which Beyonce replied: “My mother instilled in me the idea that creativity starts with taking a leap of faith–telling your fears they are not allowed where you are headed. And I’m proud to do that with adidas. I am excited for you to see the campaign for the first collection of this new partnership. It incorporates my personal style and expands that to include something for everyone. I love experimenting with fashion, mixing high and low, sportswear with couture, even masculine and feminine. This new line is fun and lends itself to creativity, the ultimate power. I focused on designing a unisex collection of footwear and apparel because I saw so many men in IVY PARK.”

Beyonce also had jokes! When asked about her Snapchat name she said, “I hate to say it, I hope I don’t sound ridiculous, but I don’t know what my Snapchat is. Sorry to that Snapchat.”

Are you hype to get your hands on some new IVY PARK? See more from the collection below!


Sean Paul Says Jay-Z Wasn’t Comfortable With Him Around Beyonce After “Baby Boy” Success
was originally published on
rickeysmileymorningshow.com