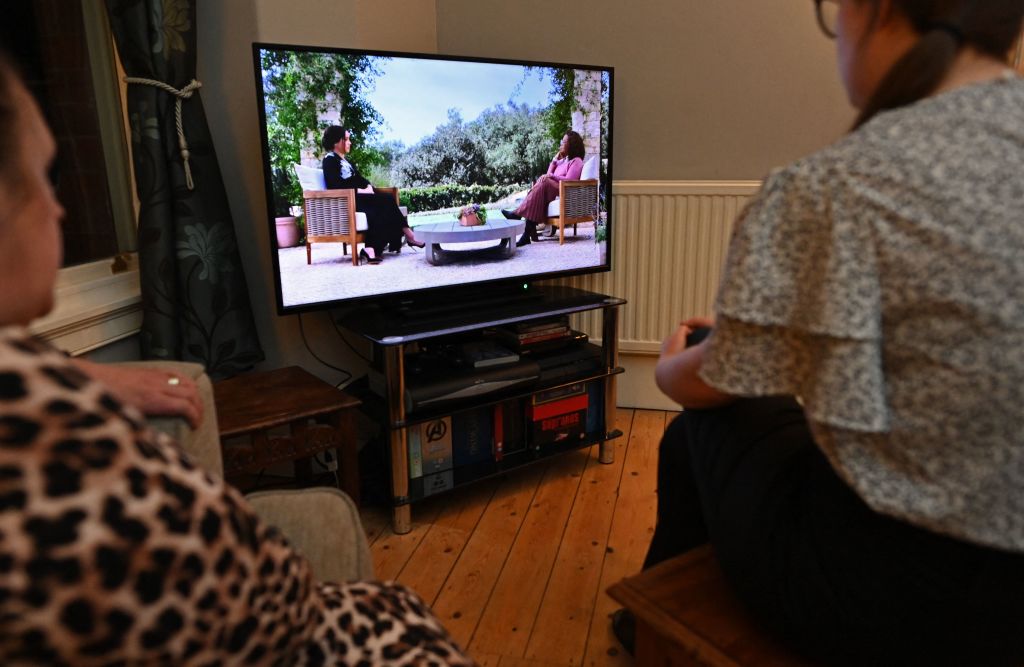 The recent Harry and Meghan Markle interview with Oprah Winfrey is trending across social media. In usual Oprah interview fashion, there were many takeaways, a lot of the tough questions were asked and memes of the media mogul have since taken over our timelines. It is expected that the Internet would transform a serious moment into completely unrelated jokes and banter for our feed’s comedic pleasure. Naturally, we have created a list of the best memes from the highly anticipated interview.

Oprah gave us so many memes last night pic.twitter.com/ZkK8bCgm9m

Viewers learned about the Royal family’s disdain for Prince Harry and Meghan’s relationship and even further, their baby boy Archie. The interview also exposed how they were stripped of their privileges and chose to flee to the United States to begin a much more private life with their first child together.

Oprah Winfrey is a natural host and interviewer. Winfrey confidently asks the difficult questions no matter who sits down in front of her. This particular question seemed to be the Internet’s favorite of the night:

Were you silent, or were you SILENCED? *raises eyebrows* Oprah asking Meghan Markle a question during their interview reaction video meme pic.twitter.com/U3KlWkXcUL

were they vioLENT, or did you chose vioLENCE? pic.twitter.com/e4ozNh3iGx

The American talk show host, producer and philanthropist is not new to the meme game. Her memes have been making our conversations more entertaining since gifs became a thing on the Internet.

oprah really has given me so many meme moments

It is important to note that this moment had a hold on the entire Internet including our international friends. The meme from the Harry and Meghan interview became a sensation in the US, UK and even, Ireland had some fun with Oprah’s latest meme.

1. When people tell me about their life.
2.When people ask me about my life.#Oprah pic.twitter.com/dSqwOCkty5

HARRY SAID “I saw history beginning to repeat itself, and yes I’m talking about my mother” #OprahMeghanHarry pic.twitter.com/AvrWloLNVn

Of course, this wouldn’t become a true meme sensation if it didn’t intersect with love and relationships.

“oprah i knew it was over when he stopped texting me good morning.”

this shit tew much. pic.twitter.com/Ph0Ovtx3oc

Can anyone relate to this one?

Me every time my job asks me to do my job pic.twitter.com/q3Hs5Aubw2

One Twitter user coined this meme as one to stop people in their tracks when sharing anything outlandish in conversation.

This is the new official meme to stop people when they start sentences with things like:

“Not to sound racist, but…”

“I don’t support caging children, but…”

“I think police should stop killing black people, but…”

“I love Housewives, I just can’t get into Atlanta or Potomac.” pic.twitter.com/2KeQT4jiN0

It is unfortunate that the Royal family does not accept or respect Harry and Meghan’s relationship or their adorable baby boy Archie.

This baby pic of Archie was the final straw for the Royal family pic.twitter.com/r17pmv1hsM

So much that the couple revealed some unknown news in the interview. Producer and writer, Tyler Perry, offer his LA home and protection to Harry and Meghan amidst all of the Royal drama.

When Oprah said Tyler Perry gave Harry and Meghan protection, I knew I had seen that movie before.#OprahMeghanHarry pic.twitter.com/3DITvSZuId

Oprah gave us plenty of moods to choose from in her viral interview with Harry and Meghan. So tell us which Oprah are you today?

Which Oprah are you? I’ve been 1 all day. pic.twitter.com/jzc8ZWHVs8

We are looking forward to Oprah’s next interview. Our Wanda Vision fans would be ecstatic for this one.

so hyped already for the next oprah interview pic.twitter.com/yJXNivlBqT

If you haven’t watched the full interview with Oprah Winfrey, Harry and Meghan Markle, check it out on CBS.