Wanya Morris of Boyz II Men fame decided to set the record straight once and for all about his relationship with Brandy in the ’90s, and whether or not they dated when she was underage.

During an Instagram Live this week, he told the story of their short-lived love story and cleared the air.

“Brandy and I were friends in the beginning. Her mother reached out to me as well as my manager reached out to Brandy because Brandy was a big fan of mine. I was like, ‘Wow, that’s amazing,’ because this young lady was pretty cool,” he said. “I was young at the time. I wasn’t thirty-nothing. Don’t get it twisted. So what happened is, she became kind of like my little protege. I’m actually the one who introduced her to Vida Spears and Ralph Farquhar. They came to us to actually do a TV show on the UPN network and I said, ‘Well you know, Brandy’s down the hallway and she’s basically, she was on the Thea show.’ Okay, cool. Introduced her to that. The show came to fruition. My mom and I wrote the theme song to the Brandy show, so Brandy and I were really, really close.”

He said that after she became of age, that’s when they realized they had feelings for one another. Strong feelings that blossomed.

“Once she turned of age, we had been hanging around each other so much that there came to be some sort of connection. An intimate connection. We actually fell in love,” he said. “Now, we were young. That’s what happens. You’re young and you fall in love. Especially when you have the ability to be around somebody a lot. You begin to know things about them. And they know things about you. Now when you’re young, you make decisions based on your youth. You don’t make decisions, moral decisions that put you in a whole position where you know that this is what’s going to be for the rest of your life. You’re learning through everything. And Brandy and I learned through a lot. When it came time for Brandy to go on her prom, she was my girlfriend. Kobe Bryant was graduating from high school that year. Brandy was my girlfriend, she had just graduated from Pepperdine [University]. And her mom and I, we both made it so Brandy was able to go on the prom with Kobe Bryant.”

“When it came time for Brandy to introduce herself to the world,” he added. “I’m the one who actually put her on the Boyz II Men tour. So she was with me. She was my friend, and we became intimate in a relationship. There’s no lie going on here. You can ask Brandy and she will tell you the same story.”

Of course, things didn’t work out. He said they grew out of each other and it was “hurtful.” He admitted he may have grown out of her a little faster than she grew out of him, but they moved on and had success, and there was nothing inappropriate about their time together.

“Whoever is there saying all kinds of crazy things like they know, regardless of anything, my age, her mother and father was a part of our relationship,” he said. “They allowed me to guide Brandy and to help her through her career. They understood that we had grown close and that’s what it was.”

“Relax on what you think because I know because I lived it!” he added. “And so did Brandy.”

For some background, Brandy, currently, is 41. Wanya is 47. When they collaborated on “Brokenhearted,” reportedly when she was 16, she was already in love with him, according to her 2012 VH1 Behind the Music.

They broke up in 1997 because “he fell in love with someone else.” According to singer Adina Howard, that someone else was her. Not to mention, the pressure to keep her two-year relationship with the older Morris quiet became too much, especially with her having to constantly deny they were an item. The good news is, that heartbreak helped her to create some classic music.

“It wasn’t about just getting great songs and riding the charts,” she said. “It was about, I need to get some sh-t off my chest.”

Worked out for the best for both parties. 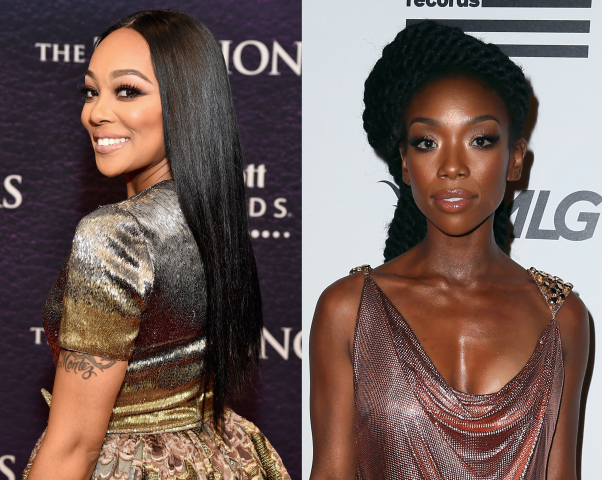 If “get the fuck off me!” was a person. #Verzuz pic.twitter.com/gPTBd3jYn3

I’m weak at Monica all of sudden not knowing the lyrics to The Boy Is Mine, but can give you all of C-Murder verse on Down For My Niggaz. ? #Verzuz pic.twitter.com/yTcxXnTwud

YESSS THIS IS THE HOOD BITCH ATHEM!!!! i remember eating hot cheetos off a sheet of paper in class & singing this #Verzuz pic.twitter.com/r1avsTB60Y

I was raised in a Monica household. Kick down your door and smack your chick energy.

Yeah when I start doing this. Just know I texted my man to come get me, pic.twitter.com/dvsYamTxps

“I got another poem” pic.twitter.com/KpyVQ1oC5G

Your aunties who hate each other but love they momma so they will act nice at thanksgiving dinner #Verzuz pic.twitter.com/HqKfQAumpq

Brandy think we at Andell’s honey

SHE KNOW WHAT A SIDELINE HO IS! Ray J is her uncle.

Monica music for people who grandparents had custody of them

Crying at Solange and Tyler the creator trying to figure out what Monica is wearing? #Verzuz pic.twitter.com/tmBmPHvhi3

VERZUZ Recap: Social Media’s Funniest Moments During The Monica VS Brandy Set
After a long-awaited battle, Monica and Brandy gave the culture thee concert of quarantine.

Live from Tyler Perry Studios, the two artists shared their hits, fan favorites, and collaborations from our hidden memories. In between the music, fans learned so much about the two from their inspirations, creating music while with child, and their long industry pushed feud.
CLICK HERE TO DOWNLOAD OUR APP AND TAKE US WITH YOU ANYWHERE!
https://twitter.com/verzuzonline/status/1300645141414318084?s=20

The ’90s legends made VERZUZ history by topping the views at 1.5 million viewers on Instagram live alone and maintaining at least 1.2 million for 3 hours. Their catalogs took the fan base on a nostalgic ride remembering old teenage heartthrobs from classic music videos, their first heartbreaks, or growing up with your mama jamming them on the radio.

Whether your playlist is filled more with #TeamMonica or #TeamBrandy both women brought their vibes to the show for everyone to enjoy. While celebrating their careers, social media of course chimed in on everything. From the old school to millennials, users brought out all the jokes ranging from their historic beef, their different styles of music, and their fire and ice relationship during the show. Brandy’s poetry made fans joke about her performing at “Andell’s” and fashionistas debated whether Monica was wearing boots, pants, or a combination of both.

Even decades after “The Boy Is Mine”, this VERZUZ was a key event in history showcasing the talent and extensive careers of both artists and social media users took the time to make it funny. At the end of the day, both women loved on each other and that’s all that matters.

Check out some of the funniest tweets that made the timeline go crazy while watching this record-breaking VERZUZ.

Finish The Lyric: How Well Do You Know These Brandy & Monica Hits


Wanya Morris Of Boyz II Men Set The Record Straight On Dating Brandy When She Was Underage
was originally published on
rickeysmileymorningshow.com